The Case of a Nuclear Safe Building in Germany: Project rejected

Published by horak Attorneys at law on 9. May 2022

It’s been a couple of weeks now, since the war in Ukraine has started and we all can agree, that we at least once feared for the worst. What’s happening? Is this war menacing Europe? Are we in serious danger? How can we help Ukraine? Can we feel safe in Europe?

Some of us where thinking about this eventuality many months ago and here it’s a case of a person that already planned to build her personal safe shelter in case of war. Have a look at the case below. 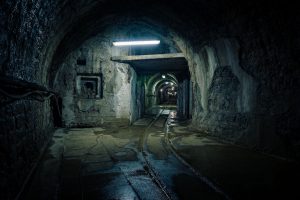 The Administrative Court of Trier dismissed the action for the granting of a positive preliminary building permit for the construction of a weekend house which, according to the building description, is also to be used as a nuclear safe shelter in case of an emergency.
In March 2021, the applicant submitted a preliminary building application for the construction of a weekend house in Konz-Oberemmel. The plan was to erect a single-storey, partly underground building in the cubature of an octagon with 50 cm thick external walls in reinforced concrete on a floor area of approx. 90 m². After construction, the site was to be filled with soil and planted so that only the entrance would be visible. After the town of Konz, which had been invited to participate in the court proceedings, had refused to grant the preliminary building permit, the competent building supervisory authority of the municipality of Konz also refused to grant the preliminary building permit. The main reason given was that the project, which was located in an unplanned inner area, did not fit in with the surrounding buildings. In addition, the development was not secured. After unsuccessful opposition proceedings, the plaintiff filed an action, essentially claiming that the planned project would fit into the surrounding development because it was planned to use it exclusively as a weekend house. The applicant also argued that the accessibility of the site was ensured, as the other weekend houses in the building area, which had been legalised by means of a building permit, were also accessible via the service road.

The VG dismissed the complaint. In its reasoning, the court essentially stated that the project, which was located in the unplanned inner area – which is what the development consisting of at least 40 buildings in the area “Auf dem Schanzgraben” is – did not fit into the character of the immediate surroundings. It was true that the intended use as a weekend house was within the range of uses already actually existing in the immediate vicinity. However, with regard to the specifically planned construction, which was in any case completely atypical for a weekend house, the project obviously exceeded the framework of the existing buildings in the vicinity and was without any precedent. A weekend house with no windows, built essentially underground and in the design of an independent bunker, was obviously not to be found in the immediate vicinity. On the contrary, the project represented a foreign body in the urban development of the area.

§ Section 34 of the German Building Code (Baugesetzbuch) is the authoritative regulation valid throughout Germany for building projects in unplanned inner areas, i.e. outside of development plan areas. The most important principle of this regulation is the insertion requirement.

Once the basic determination has been made that building rights exist and the development (traffic connection, water, sewage, energy) is secured, the building authority examines whether the building project fits into the immediate surroundings in the sense of § 34 BauGB. The facts to be examined are not entirely clear to most laypersons and often also to many architects. The terms “immediate vicinity” and “fit in” are not clearly defined and can only be narrowed down with our help.

The law does not elaborate on the term “immediate surroundings”; “fitting in” is at least narrowed down to four parameters, namely the type of use (residential, commercial, etc.), the degree of use (cubature, building heights), the construction method (open or closed) and the built-up area.

Construction Contract: What shall you know?

Construction Contract: Building your own home inevitably leads to legal issues that many people have to deal with at some point in their lives. For the drafting of the building contract, there are some aspects that Read more…

The “Baulast” or building encumbrance is an important criterion for builders and buyers when deciding whether to purchase a plot of land. Interested parties who want to build should inform themselves in advance about existing Read more…

It is common knowledge that you need a building permit if you want to build a home or a bigger building. However, a permit shall be required in Germany for many different kinds of constructions. Read more…