Compensation for damages and construction law: not an easy one

Compensation for damages and construction law: not an easy one

In 2006, the plaintiff commissioned the defendant to renovate the roof of a winter garden attached to its house, which had been damaged by a storm. However, it could not have been storm Kyrill because, according to the court’s knowledge, it did not pass over NRW until January 2007. The work was carried out in 2006, accepted and paid for by the plaintiff. At first instance, the plaintiff claimed that the defendant’s work was defective. The connection of the roof to the existing conservatory substructure leaked. This had led to the entry of moisture into the winter garden, the formation of mould and ultimately, over the years, to the destruction of the wooden substructure. As a result, the entire conservatory had to be rebuilt.

The plaintiff claimed the costs for a new construction of the conservatory in the amount of 57,715 Euros by way of her action for advance payment filed in 2015 and, in addition, demanded the reimbursement of pre-litigation lawyer’s fees. In addition to objections on the merits, the defendant invoked the plea of limitation against any warranty claims. After obtaining an expert opinion, the Regional Court dismissed the action in its judgement of 27 March 2020, to whose factual findings reference is made. It was essentially stated that it was irrelevant whether the roof newly erected by the defendant was defective. In any case, the plaintiff could not demand an advance payment to remedy the defect because it was impossible for the defendant to produce a defect-free work. The defendant had only owed the construction of a new roof on the existing substructure. The defendant’s obligation to provide supplementary performance was also limited to this only action. However, according to the convincing findings of the court expert, the substructure was not suitable for a professional performance of the owed service. The plaintiff’s claims against the defendant for reduction or damages were not in dispute.

The plaintiff contests the dismissal of the action – with regard to the amount of its claim in part – with its appeal filed in due form and time. It argues that, according to the results of the taking of evidence at first instance, the roof was defective because it was leaky and thus did not fulfil its basic function of protecting the building from penetrating moisture. Subsequent performance was not impossible. The existing substructure was unsuitable for the tight connection of a roof of the type executed by the defendant with system components. According to the expert’s explanations, however, a tight roof could be produced by means of a carpenter’s or roofer’s construction while retaining the existing substructure. The plaintiff’s claim for supplementary performance was directed towards a new construction in this form.

Accordingly, the plaintiff could claim the costs for the dismantling of the roof erected by the defendant, the costs for the new construction of the roof and a surcharge for direct costs. According to the cost estimate of the court expert in the 2nd supplementary expert opinion, the costs amounted to a total of EUR 37,155 gross in any case.

The decision of the court:

A complete functional unsuitability of the defendant’s work is not evident. The expert did find leaks in the connection area of the roof installed by the defendant to the substructure, but only in some places. As far as a possible damage caused by a defect is concerned, it might have to be taken into account that the storm damage had been settled by an insurance company according to the private expert’s report submitted by the plaintiff (p. 5, file, p. 53). Consequential damages due to defects are not apparent. The plaintiff dropped her claim that the substructure had been destroyed over the years in her appeal. The expert was not able to clearly establish that the mould infestation to the extent complained of was due to water ingress at the leaking points of the connection area, but rather identified other possible causes, such as a large number of plants, a lack of or insufficient heating, water ingress at other points, insufficient insulation values and possibly insufficient ventilation (cf. p. 2 of the supplementary expert opinion of 06.07.2017, BI. 295 of the attachment). Ultimately, the plea of limitation raised by the defendant against all possible warranty claims (p. 2 of the statement of defence, BI. 99 of the case file) could be assessed differently with regard to claims newly introduced into the proceedings.

Compensation for damages is a big deal in construction matters. A success is not always guaranteed, even if the damages you are facing seems to be really unfair. We are the experts you are looking for. Contact us. 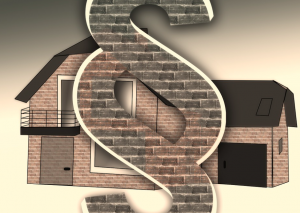 Construction Contract: What shall you know?

Construction Contract: Building your own home inevitably leads to legal issues that many people have to deal with at some point in their lives. For the drafting of the building contract, there are some aspects that Read more…

The “Baulast” or building encumbrance is an important criterion for builders and buyers when deciding whether to purchase a plot of land. Interested parties who want to build should inform themselves in advance about existing Read more…

It is common knowledge that you need a building permit if you want to build a home or a bigger building. However, a permit shall be required in Germany for many different kinds of constructions. Read more…